The Many Failures of Modi Govt. 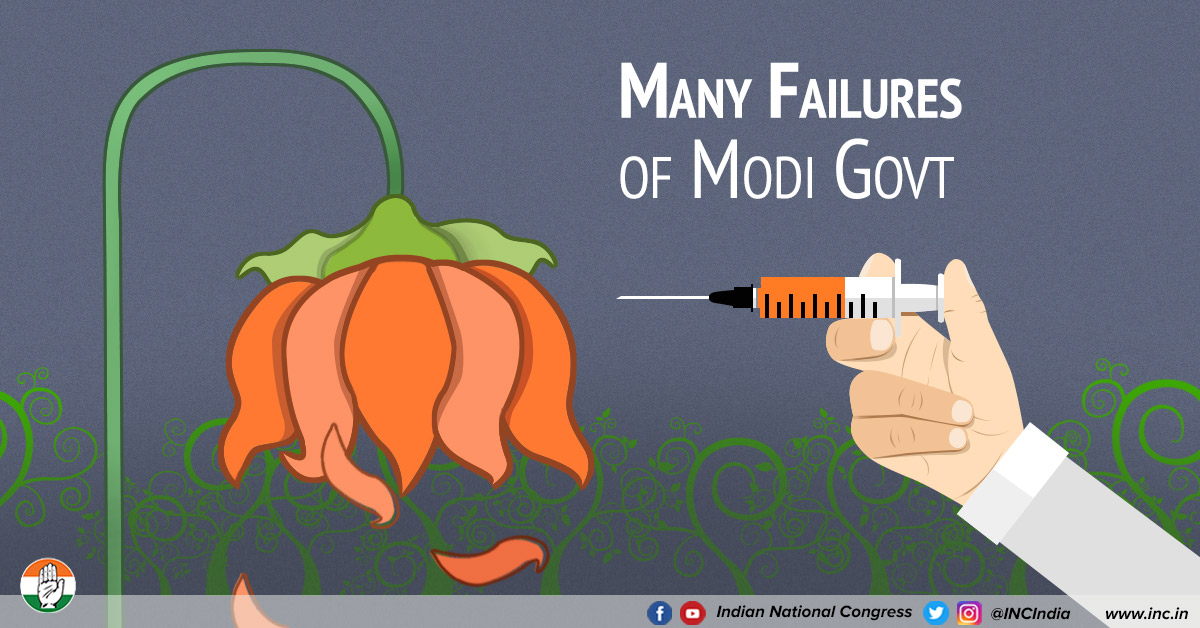 The Many Failures of Modi Govt.

By now it’s become common knowledge that the Modi govt. is all talk. The PMO & various other departments spend a considerable amount of govt. funds on advertising their flagship schemes & policies, however, peeling of the carefully constructed facade reveals the deeper, darker & disastrous truth. A majority of PM Modi’s so-called “development” schemes have failed at several key stages including launch. The most recent in the litany of failed govt. schemes is the high powered electric locomotive.

The much hyped project by PM Modi, was promoted as the first high-powered electric locomotive in India. It was a joint venture French rolling stock major Alstom and Indian Railways, however, much like the other French joint venture initiated by the BJP govt. -see Rafale- this was one too was a failure to launch. The 12,000 horsepower failed the performance test during the oscillation trial and witnessed defects in the suspension system. With this recent debacle, we can’t help but think back to some of the other prominent failures the country has witnessed under the Modi govt.

The Clean Ganga Project has been a top priority of the Modi govt. from the moment he came to office. His tall claims of cleaning the Ganga started during his campaigning for the 2014 election and have yet to come to an end. The Ganga remains just as dirty today as it was four years ago and much like every other promise made by our PM, this one too is yet to materialise. The govt. allocated Rs. 2,037 crore & set up a department within the Water Resources Ministry with the sole purpose of cleaning the Ganga and the only thing that has come out of this project are advertisements. 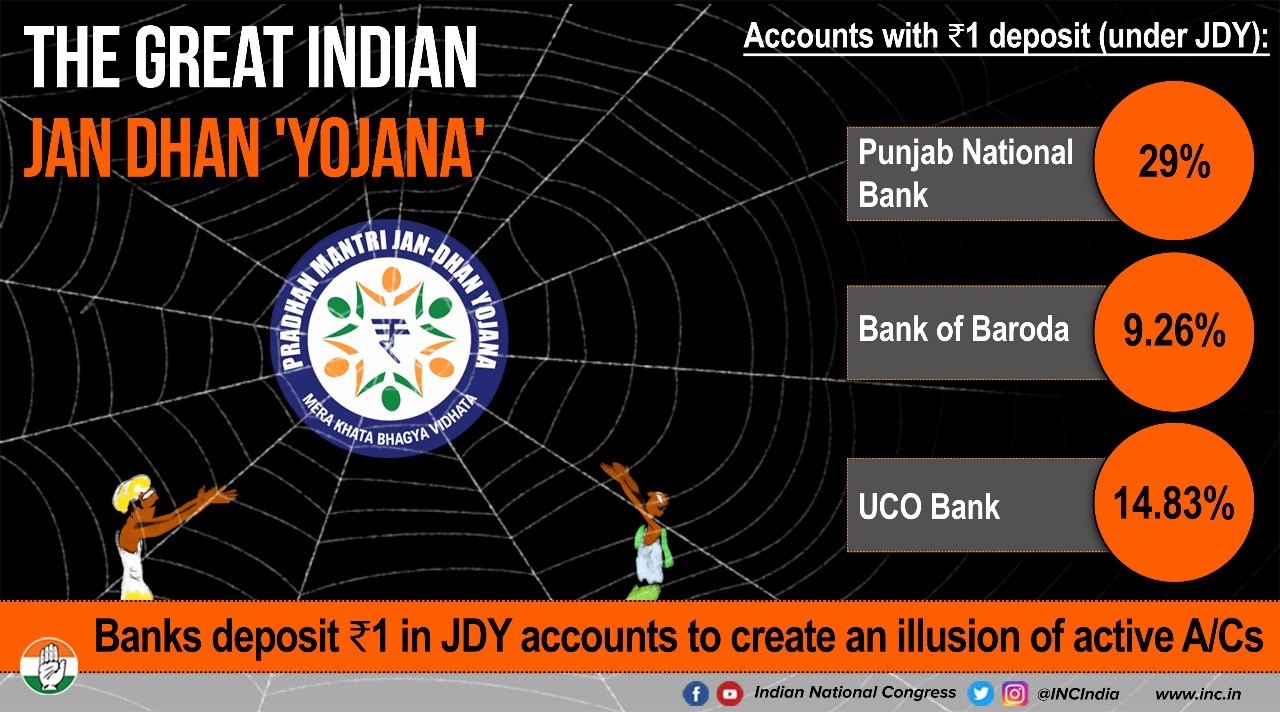 In 2014 the Prime Minister launched the Pradhanmantri Jan Dhan Yojana, a mission to give all Indians a bank account. The highly ambitious project promised to improve access to banking facilities such as ATMs, over draft facilities, short-term credit and insurance among others. With the data available today - which is limited since the Jan Dhan Yojana website stopped publishing data in 2016 - there is very little evidence to suggest that the programme has been successful in achieving most of its objectives. One of the major points of contention with this scheme was the number of zero balance accounts. Four years after the launch of the scheme, a fifth of all accounts still remain dormant but in order to make the scheme seem successful public sector banks have been reposting sums of Rs. 1 or Rs 10 into several accounts to reduce the percentage of zero balance accounts.

One of the primary objectives of the scheme was financial inclusion, the govt. claimed that since most households have atlas 1 bank account, the assumption is that members of the family are sharing the account. However, the research reveals a different analysis, a study on the programme states only 2% of non-account owners use someone else's account - thus disproving the notion that the scheme will lead to financial inclusion.

In addition, the scheme also promised life insurance to individuals that opened their account between august 2014 to March 2015. In this period 14.71 crore bank accounts were opened, however, the govt. only disbursed 3,421 life insurance claims - this amounts to just 0.002% of total eligible beneficiaries.

The Swachh Bharat mission was initiated by PM Modi to achieve Gandhi Ji’s dream of sanitation & cleanliness for all, however, the reality is a far cry from the narrative being spun by the govt. A parliamentary committee report dismissed the claim that 84% of rural households are open defecation free & have functional toilets. The report stated that building toilets is simply not enough, there needs to be a systematic approach to educate people on the need for proper sanitation. It is only when people begin to use the toilets that are being built that India will truly be open defecation free.

On the other hand, further reports reveal that in many cases the so-called toilets being built are hardly worth the name. In a majority of cases the toilets have no running water, shelter or drainage system, making them merely a hole in the ground.

Here are the facts, the Modi govt. has failed to deliver on its most basic promises and almost all of its grander ones. We were promised bullet trains & smart cities, we were assured economic stability & increased growth and most importantly we were promised development - we have been failed on all fronts. The Modi govt. spends thousands of crores advertising their many schemes but is unable to deliver on them, proving how completely disconnected the govt. and its leader PM Modi is from the ground reality. We need jobs, education, healthcare and support for our farmers PM Modi, flashy billboards & failed bullet trains will not fool us anymore.