The Personal is Political 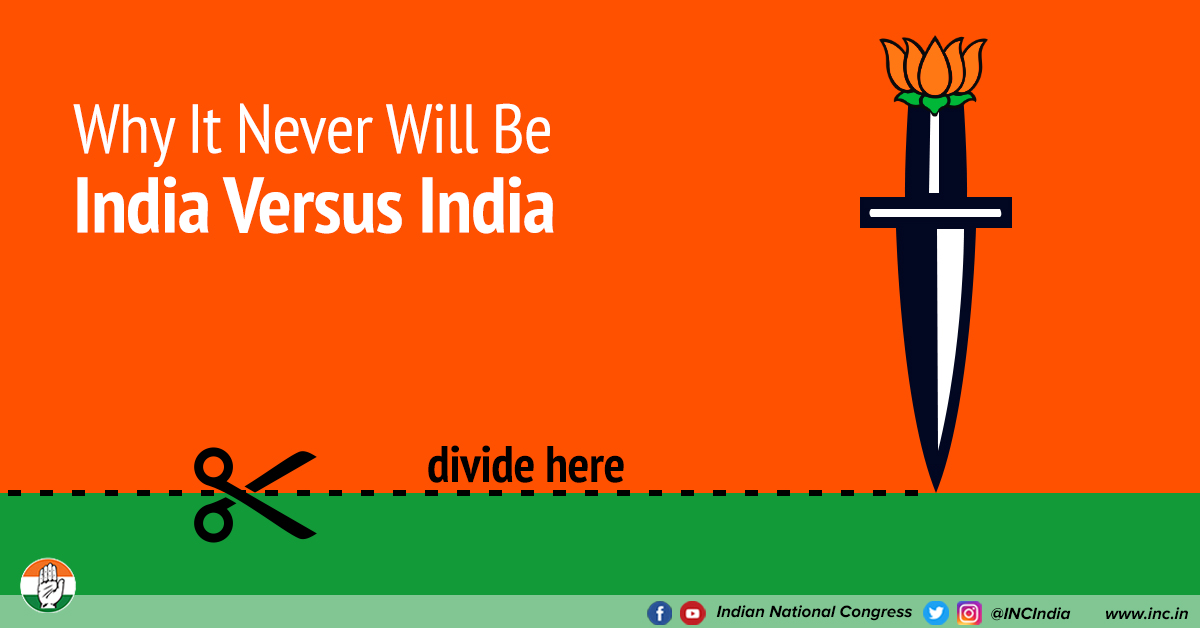 The Personal is Political

Today happens to be International Mother Language Day. India is home to 22 officially recognised languages, written in 13 different scripts, with over 720 dialects. Our adivasis speak dozens of languages that carry with them the stories and songs, lessons and labour of centuries past. Language is perfumed with the scents of our grandmothers’ kitchen, our first playgrounds, our mothers’ lullabies. From Tamil to Bengali, Gujarati to Kannada, our diversity shines through in the languages that are born of the soil of Bharat.

Today also marks six mournful days since the heart wrenching and unfortunate attack on our jawans in Pulwama took place, and now, more than ever, we must learn to strengthen the ties that bind us. The Indian Army, that great, honourable institution upon which a billion Indians place their unwavering trust, comprises of jawans from all corners of the country. Brave, young men speaking dozens of different languages, practising different faiths and following cultures that are as rich as they are diverse, come together under the flag of India, and are united in their love for the country. The attack took place on Kashmiri soil, and the jawans lost their lives defending the safety of the country, the borders of which stretch from Kashmir to Kanyakumari. When Indian blood is spilled on Kashmiri soil, defending it and the rest of the country from enemy powers, the ties that bind Kashmir and the rest of India become stronger, rather than weaker. The blood spilled must not go in vain. For, Kashmir is as much part of India as Kashmiris are. Hateful, divisive, war mongering people such as the Governor of Meghalaya, Tathagat Roy, would have us believe otherwise. They would have us “boycott” people and products from Kashmir, which would only mean a boycott of Indians and Indian products over Indian soil. If that is not an act of non-patriotism, then we don’t know what is. Former Home and Finance Minister and senior Congress leader P. Chidambaram has called the remarks “unfortunate and ironic”.

Trying times like these are a test of character for us all. For the BJP, this should be a time of introspection and self-reflection. Instead of dividing the country with their petty politics and compromising the safety of the nation, it must face the questions being asked of it – such as why a massive 350 kgs of RDX, M4 Carbine and rocket launchers were ever allowed in such a tightly controlled environment? If the BJP’s foot soldiers can sniff out “suspicious meat” on U.P. soil and spill blood over it, surely such a huge breach of security could’ve been avoided had the right measures been taken? But as we all know, the BJP has its hands full, what with taking selfies with the coffins of the martyrs, as Union Tourism Minister K. Alphons did in Wayanad, Kerala, or arriving an hour late to Delhi as P.M. Narendra Modi did, when instead of paying homage to the martyrs, he chose to stay busy playing politics and indulging in self-promotion in Jhansi. A nation’s Prime Minister should put the nation before self, but Prime Minister Modi seems to be working on entirely different principles.

The message is clear. For Indians, anguished over the attack on our braveheart jawans in Pulwama and suffering from the added insult to injury by the BJP’s callous handling of it, which seems to be prone more to dividing the country in such testing times than taking measures to improve its safety, the personal is political. Our hearts are full of grief and we do not want to be told to boycott Kashmir or Kashmiris. All we want is for our soldiers to get the same dignity and safety that they die trying to protect.