Wake Up PM Modi, Elections Are Over 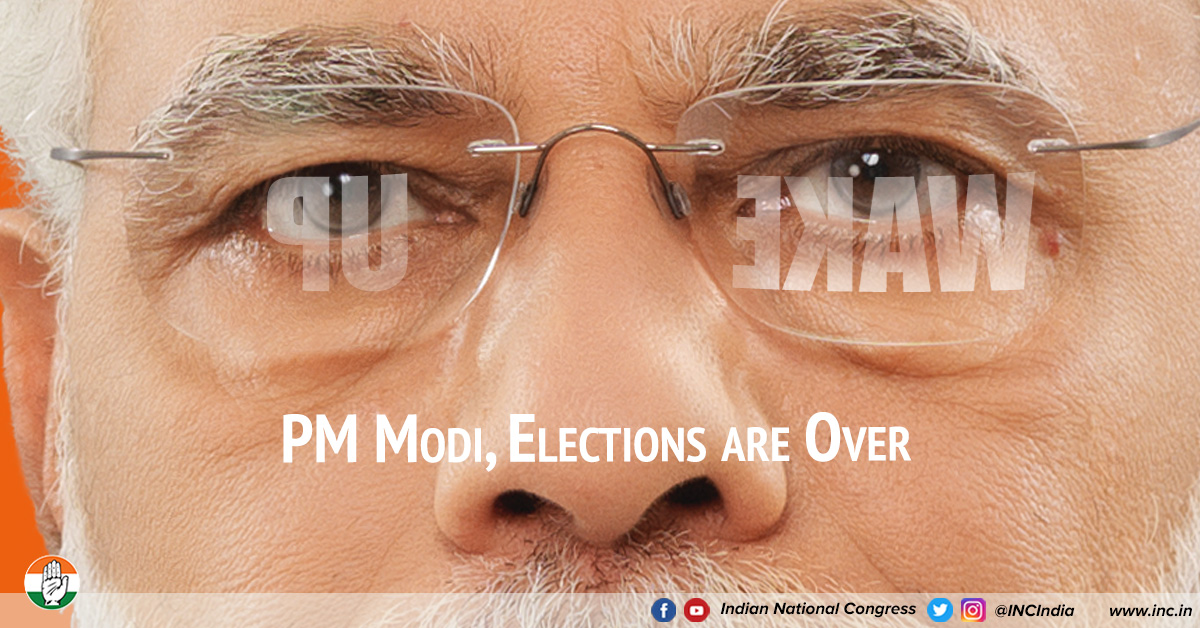 Wake Up PM Modi, Elections Are Over

Ladies & gentlemen, the emperor has no clothes!

Not only is he standing bare-skinned, galvanised by his naked lust for power & supported by a merry band of hype-men (who refuse to accept that they do not see the magical cloth) he has projected his blatant ignorance with the kind of arrogance that’s only possible for the lucky few that have their heads buried firmly in the sand. PM Modi’s speeches in Parliament over the last two days have proven to the country that inspite of his thumping majority Modi still has no clue what Indians want. It has also proven that Modi cannot stop campaigning - the man is a pathological performer. Here was a chance for him to tell his people what his government’s plan for the next five years is, how they will address the serious & pressing concerns affecting millions of Indian people & how he will achieve the many promises he is yet to fulfil, instead he spent the better part of both his speeches complaining about the Opposition.

Here is what he did talk about:

How? By questioning the sanctity of EVMs after several reports have been released that EVM results and voter data do not match. Also for reinforcing the secular & plural spirit of India by informing the govt & the people that the Opposition will represent all Indians, no matter creed, caste or class.

This is a narrative that Modi is not particularly fond of, he likes to think of himself as the Messiah of the Indian people, when in-fact he more closely resembles their misery. While behind closed doors he may delight in the subjugation of those who his party & its followers don’t recognise as Indian; in front of the world he presents himself as India’s great unifier.

Congress’ great insult to India came on the backs of a few against the BJP’s governance. The US State Department recently released a  report on Religious Freedom in India, stating quite bluntly that mob attacks by violent extremist Hindu groups against minorities have been abated, encouraged & aided by the ruling Party - the report was promptly rejected by the govt. Not just the State Department but the Secretary of State, Mike Pompeo reinforced this message at the end of his visit to India, when he spoke about standing up for religious freedom & defending secularism in India.

What he mentioned in passing:

Mob lynching - Modi said, while he feels bad that a young man was attacked, he does not think it’s fair to call the entire state of Jharkhand a hub of lynching. We’ll start with the hypocrisy of the statement & then move on to the larger issue. The hypocrisy being that Modi has on many occasions referred to Delhi as the “rape capital” of India and in 2013 even asked Indians to vote keeping that in mind. So the question arises, is generalising an entire state only an insult when it is governed by the BJP?

The larger issue here is the comment itself, he spent a good three minutes on this issue without mentioning the youth Tabriz Ansari who was killed, his age or his religious background. He did not bring up the greater issue of communalism around the country, nor the many instances where minority communities are forced to chant religious slogans or face dire consequences, he did not profess a larger call to action or promise our grieving nation that he will work to the bone to end this rampage of religious carnage. He did not step up to his position as the leader of our plural, diverse & secular nation & take heed of the fact Indians are massacring Indians - and he never once condemned the fact that they are doing it in the name of his God. Here he missed his opportunity to prove to Indians that he’s not just in it for the RSS but has a real agenda of progress for the country.

Bihar - During his speeches PM Modi mentioned the tragic outbreak of Acute Encephalitis Syndrome in Bihar & commented on how his govt is staying on top of the situation & monitoring it closely. Over 150 children have died in Bihar and this is the first time the PM has deigned to speak about it. A few passing comments in the middle of an hour long rant do not answer the most pressing questions; few of which we highlight here:

What he didn’t mention at all:

The emperor was so fixated in strutting about in his brand new attire, admiring his new mandate & praising his accomplishments, that he overlooked some of the biggest issues affecting the people. There was no word on the massive unemployment crisis that has left millions without a job or future, no ideas on how his govt will address our devastated economy or improve our children’s education, there were only platitudes. He spoke of wanting to create a $5 Trillion economy but he cannot just wish it so, he must first address the many crises his previous govt has created.
After his recent performance it has become clear that what the emperor fails to understand is that his people are begging him to put on some clothes.