Your Right to Vote & the Right Vote Matters 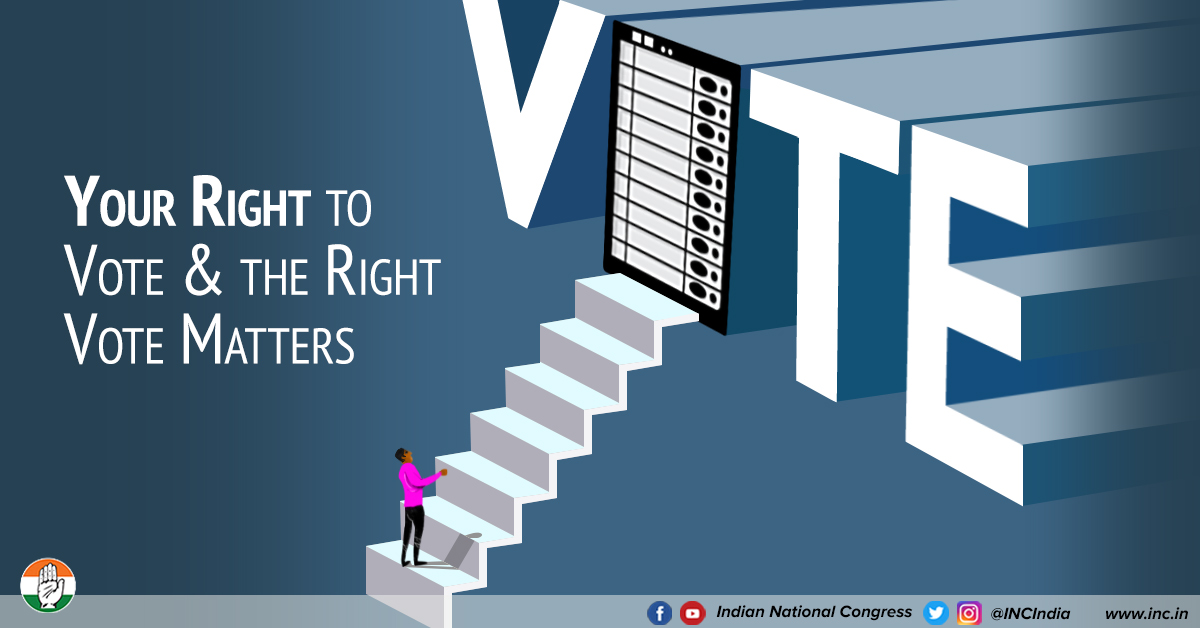 Your Right to Vote & the Right Vote Matters

India is a country with a population of approximately 130 crores. The number of voters and especially first time voters play a major role in the largest democracy of the world. In 2014, the number of eligible voters stood at 81.45 crore of which about 2.31 crore were first time voters. The might of these numbers lie in the vote they cast and represent.

More than 50% of India’s population is below the age of 25, and more than 65% below 35. The power young people hold in India’s democracy cannot be undermined or ignored. Yet for certain reasons voter turnout for young & first time voters has not been impressive. There may be a number of reasons why young voter turnout is such but let us look at some of the reasons why young people should go out and vote and vote for the right party.

From Right to Vote to the Right Vote

Equally important is casting your vote to the right candidate and the party. While electing your representative, you need to ensure that the party understands your needs as well as the needs of the other people. Democracy does not aim to fulfil the needs of one individual but fulfils the needs of all people. Hence it is important that whichever community you belong to – religious, LGBTQIA+, women, student, youth, minorities etc. – you need keep in mind to choose the party that listens to all, apart from addressing your own individual concerns. Congress has always been the people’s party and we shall always continue to serve the nation and maintain its diversity unlike the current regime which aims to project one and only one identity to India.