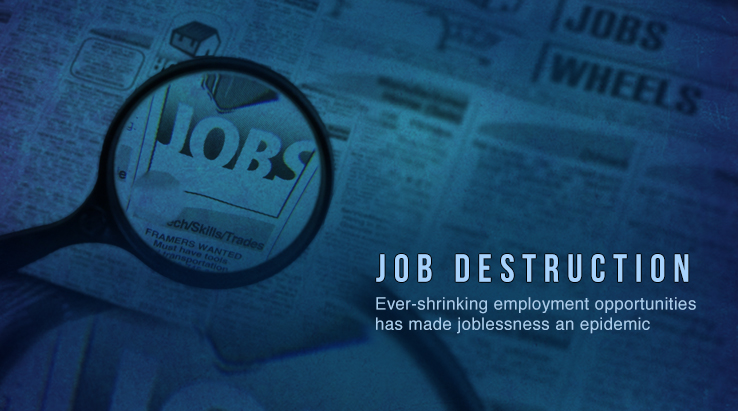 Basic management theory says that only when you measure something can you look to fix something. Which is why every organisation spends a non-trivial amount of time and resources towards data collection. Governments are no exception. The census, job surveys, NSSO are all efforts to that end. The Modi government has simply given up on releasing employment figures because it truly believes that it can pretend we don’t have a problem as long as they do not measure it. While the Congress-led UPA II government created 18.8 lakh jobs in its first 2 years, the chest-thumping Modi Sarkar has only managed to create 7.9 lakh jobs in its first three years, a mere fraction of the 2 crore jobs per year the Prime Minister promised in the run up to the 2014 General Elections.

The opportunity cost for Mr. Modi’s unnatural preoccupation with securing international business deals for his friends comes in the form of a 24.4% decline in micro enterprises under his Prime Minister’s Employment Generation Programme (PMEGP).

Joblessness is becoming an epidemic. Out of a whopping 30,000 new job seekers every day, only 500 can realistically expect to get a job. Not all of them can weather two more years of the same inattentiveness to job creation as out of the 12 million new job seekers every year, only 1.2 million have a tertiary education. The impact of ever-shrinking employment opportunities is falling disproportionately on women as 1% fewer of the female population of the country were employed a year into the BJP government than before it came to power, debunking Modi’s claim that his is a pro-woman government.

The Modi Sarkar will only begin to empathise with the plight of India’s 54.4 crore unemployed people if voters no longer allow them to rest on the arrogant assumption that they need not do anything to continue to warm their chairs for the remainder of their term. India can only stem the alarming rate at which our jobs are being destroyed by ending the job security of Mr Modi & his out-of-touch Ministers.