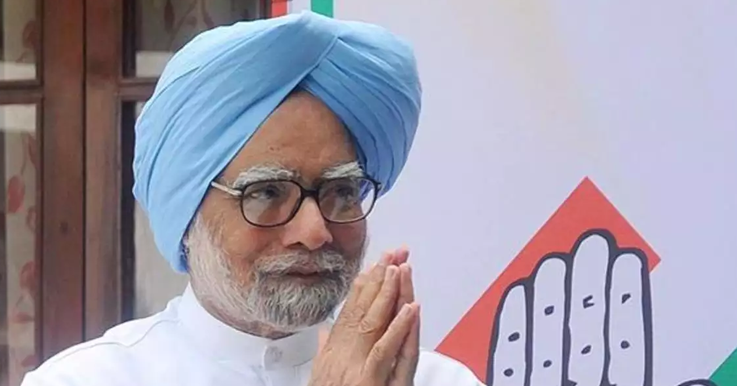 Addressing the Prime Minister, Shri Narendra Modi, Dr. Manmohan Singh, senior Congress leader and former Prime Minister of India from 2004 to 2014 writes on all the major things plaguing the nation right now. He expresses his sorrow on the violence in India and the spread of the Coronavirus. He provides comparison with other nations as well as reforms that India can employ to tackle the situation. He writes -

It is with a very heavy heart that I write this.

India faces imminent danger from the trinity of social disharmony, economic slowdown and a global health epidemic. Social unrest and economic ruin are self-inflicted while the health contagion of COVID-19 disease, caused by the novel coronavirus, is an external shock. I deeply worry that this potent combination of risks may not only rupture the soul of India but also diminish our global standing as an economic and democratic power in the world.

Delhi has been subjected to extreme violence over the past few weeks. We have lost nearly 50 of our fellow Indians for no reason. Several hundred people have suffered injuries. Communal tensions have been stoked and flames of religious intolerance fanned by unruly sections of our society, including the political class. University campuses, public places and private homes are bearing the brunt of communal outbursts of violence, reminiscent of the dark periods in India’s history. Institutions of law and order have abandoned their dharma to protect citizens. Institutions of justice and the fourth pillar of democracy, the media, have also failed us.

Charred soul of the nation

With no checks, the fire of social tensions is rapidly spreading across the nation and threatens to char the soul of our nation. It can only be extinguished by the same people that lit it.

It is both futile and puerile to point to past instances of such violence in India’s history to justify the present violence in the country. Every act of sectarian violence is a blemish on Mahatma Gandhi’s India. Just in a matter of few years, India has slid rapidly from being a global showcase of a model of economic development through liberal democratic methods to a strife ridden majoritarian state in economic despair.

At a time when our economy is floundering, the impact of such social unrest will only exacerbate the economic slowdown. It is now well accepted that the scourge of India’s economy currently is the lack of new investment by the private sector. Investors, industrialists and entrepreneurs are unwilling to undertake new projects and have lost their risk appetite. Social disruptions and communal tensions only compound their fears and risk aversion. Social harmony, the bedrock of economic development, is now under peril. No amount of tweaking of tax rates, showering of corporate incentives or goading will propel Indian or foreign businesses to invest, when the risk of eruption of sudden violence in one’s neighbourhood looms large. Lack of investment means lack of jobs and incomes, which, in turn, means lack of consumption and demand in the economy. A lack of demand will only further suppress private investments. This is the vicious cycle that our economy is stuck in.

Adding to these self-inflicted woes is the real threat of the COVID-19 epidemic that has originated in China. It is still unclear how far this global health hazard will spread and impact the world. But it is very clear that we should be fully prepared and ready to counter it. A health epidemic is one of the most dangerous threats that a nation can face. It is imperative that all of us collectively prepare to face this threat. We have not faced a public health crisis in contemporary times at the scale that the current crisis threatens to unfold. It is therefore important to launch a full-scale, mission-mode operation to counter this threat immediately.

Nations across the world have sprung into action to contain the impact of this epidemic. China is walling off major cities and public places. Italy is shutting down schools. America has embarked aggressively both to quarantine people as well as hasten research efforts to find a cure. Many other nations have announced various measures to address this issue. India too must act swiftly and announce a mission critical team that will be tasked with addressing the issue. There could be some best practices we can adopt from other nations.

Regardless of whether this virus will enter our shores on a large scale or not, it is now evident that the economic impact of COVID-19 will be very big. International bodies such as the World Bank and the Organization for Economic Co-operation and Development (OECD) have already pronounced a sharp slowdown in global economic growth. There are reports that China’s economy may even contract, which, if it happens, will be the first time since the Cultural Revolution of the 1970s. China today accounts for nearly a fifth of the global economy and a tenth of India’s external trade. The forecast for the world economy is quite dire. This is sure to impact India’s economic situation too. Millions of small and medium businesses in India that account for more than three-quarters of all formal employment are part of the global supply chain. In such an integrated global economy, the COVID-19 crisis can further slow India’s GDP growth by half to one percentage point, other things being constant. India’s economic growth was already tepid and this external health shock is bound to make things much worse.

It is my belief that the government must quickly embark on a three point plan. First, it should focus all energies and efforts on containing the COVID-19 threat and prepare adequately. Two, it should withdraw or amend the Citizenship Act, end the toxic social climate and foster national unity. Three, it should put together a detailed and meticulous fiscal stimulus plan to boost consumption demand and revive the economy.

Prime Minister Narendra Modi must convince the nation, not merely through words but by deeds, that he is cognisant of the dangers we face and reassure the nation that he can help us tide over this as smoothly as we can. He must immediately provide details of the contingency plan for the threat of the COVID-19 scare.

A moment of deep crisis can also be a moment of great opportunity. I recall that in 1991, India and the world faced a similar grave economic crisis, with a balance of payments crisis in India and a global recession caused by rising oil prices due to the Gulf War. But we were able to successfully turn this into an opportunity to reinvigorate the economy through drastic reforms. Similarly, the virus contagion and the slowing down of China can potentially open up an opportunity for India to unleash second -generation reforms to become a larger player in the global economy and vastly improve prosperity levels for hundreds of millions of Indians. To achieve that, we must first rise above divisive ideology, petty politics and respect institutional salience.

It is not my desire to offer a dire prognosis or to exaggerate fears. But I believe it is our solemn duty to speak truth to the people of India. The truth is that the current situation is very grim and morose. The India that we know and cherish is slipping away fast. Wilfully stoked communal tensions, gross economic mismanagement and an external health shock are threatening to derail India’s progress and standing. It is time to confront the harsh reality of the grave risks we face as a nation and address them squarely and sufficiently.