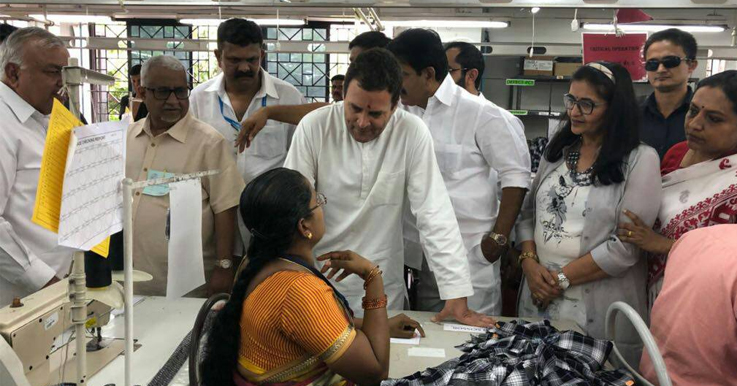 Congress President Rahul Gandhi launched a frontal assault at the Bharatiya Janata Party (BJP) on May 9, asserting that when it comes to corruption, the BJP wins hands down, “no contest”. He tweeted an infographic, which said that between 2013 and 2018, the Congress government in Karnataka was the top job creator in the country and had schemes that fed four crore people, built the world’s largest solar park and started Asia’s largest drip irrigation project. On the contrary, in his tenure from 2008 to 2013, BJP's CM BS Yeddyurappa was jailed in relation to a denotification scam. It was during his tenure that ‘Operation Kamala’, India’s largest political poaching scandal took place and BJP's Krishnaiah Shetty was arrested in a land grab case, the infographic said. 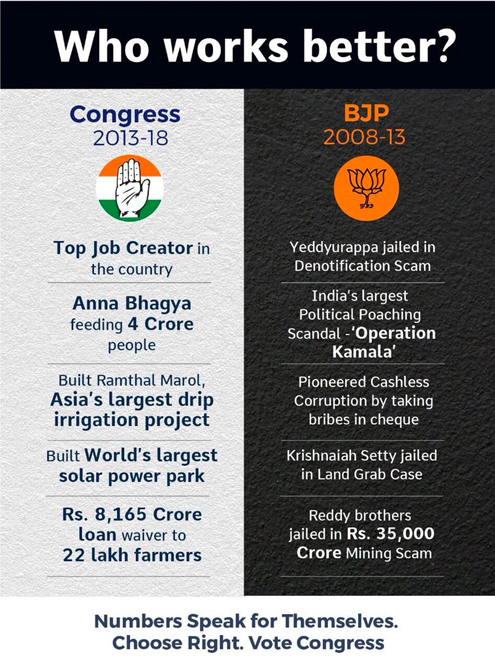 In another tweet, Mr. Gandhi highlighted the achievements of the Congress government under CM Siddaramaiah’s leadership. These include the creation of 53 lakh jobs as compared to BJP’s 26.6 lakh from 2008 to 2013, completion of Namma Metro etc. 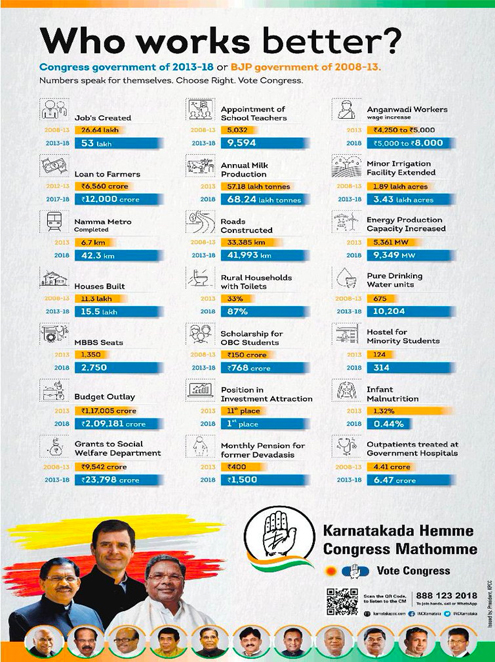 The Congress President who is on campaign trail offered prayers at the Dodda Ganapathi Temple in Basavanagudi, Chikpet and also visited the Dargah of Hazrat Tawakkal Mastan Shah in Bengaluru, during the course of the day. He also visited the Creative Garment Factory in Krishna Nagar Industrial Area, Hosur, and interacted with the women employees of the garment industry.

Countering the Prime Minister's strategy of personal attacks, Mr. Gandhi said that “these comments are unbecoming of a PM and do not suit his position.” He vowed that the Congress party will not let the BJP-RSS ideology tear apart the pluralistic fabric of India. Earlier, in an interview with The Hindu, Mr. Gandhi said that he is confident that the Congress with its values and ideas of mutual respect, empowerment, equality and bringing people together, will win against the BJP’s ideology of anger and hatred.