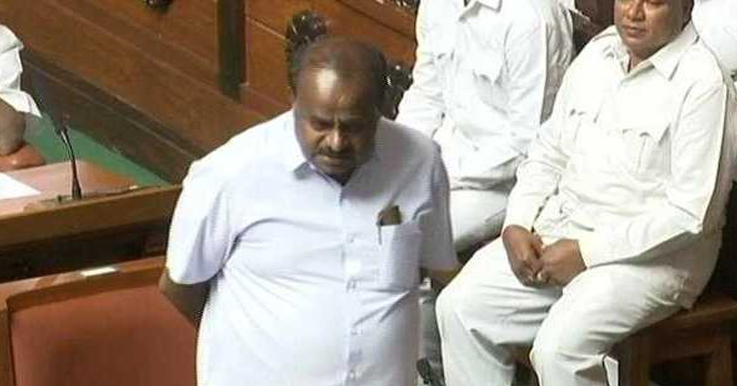 The Congress and JD(S) alliance have won the floor test in Karnataka with 117 seats. With this, the protracted political drama orchestrated by the BJP comes to a close. K.R. Kumar from the Congress party was elected as the speaker of the assembly. Confident of serving for the next five years, the alliance government will have to work out details and minor points of differences.

Visibly upset by his failure to get the seats required to form the government, BS Yeddyurappa who was elected the leader of the opposition, has alleged that the BJP will call for a statewide agitation if Kumaraswamy did not waive farm loans within 24 hours. After a speech, Mr. Yeddyurappa led the other BJP MLAs out of the Vidhan Soudha.

When the results of the Karnataka election were declared the BJP approached the governor to form the government despite not having the seats required to form the government. When the Congress approached the Supreme Court, the CM, Yeddyurappa was asked to prove majority within a day. After failed attempts to buy Congress and JD(S) MLAs, as proved by several recorded phone calls, the BJP finally accepted defeat and BS Yeddyurappa resigned as Chief Minister.