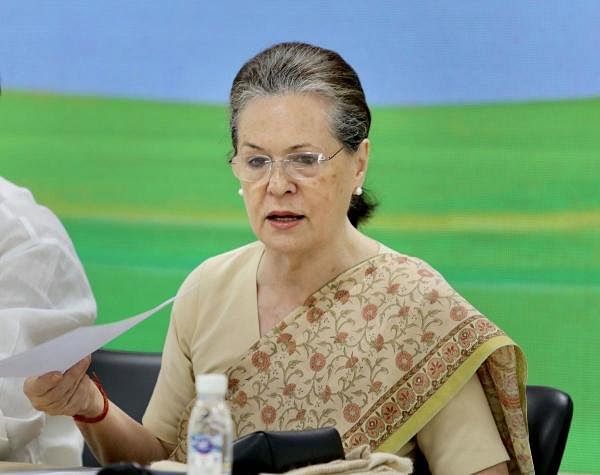 Digvijaya Singh and Phool Singh Baraiya were announced as candidates from Madhya Pradesh. All eyes are on the third seat, which will be fought between BJP and Congress as the former too has submitted two names. While their respective majorities in the Assembly ensures each of the parties one candidate each, the contest will be for the third seat.

Aside from Mr Singh and Mr Baraiya from Madhya Pradesh, the Congress declared Tulsi and Phulo Devi Netam from Chhattisgarh, Shahzada Anwar from Jharkhand, Rajiv Satav from Maharashtra, KC Venugopal and Neeraj Dangi from Rajasthan and Kennedy Cornelius Khyriem from Meghalaya.

The second list, which consisted of three more candidates -- Mr Hooda from Haryana, and Shaktisinh Gohil and Bharatsinh Solanki from Gujarat was later released by the party.

The party has gone for a young face, by choosing Deepender Hooda, the son of former Haryana chief minister Bhupinder Singh Hooda, rather than senior leader and former Union minister Kumari Selja from the state.

When asked about the Rajya Sabha nominations, Congress's chief spokesperson Randeep Singh Surjewala stated that it was the Congress president’s decision as to who will go to the Upper House and who won’t. He said, "personally I am not a contender for any post...I believe that there are many people who want to go to Rajya Sabha, but the party is like a mother and the party is bigger than the post.” He further announced that everybody should accept the decision of Smt. Sonia Gandhi and Shri. Rahul Gandhi and serve the party.