"Disagree with PM but Now is Not the Time to Fight": Rahul Gandhi 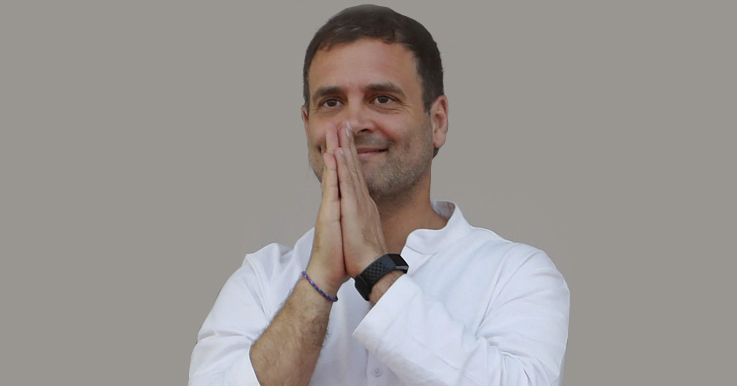 "Disagree with PM but Now is Not the Time to Fight": Rahul Gandhi

Congress leader Shri Rahul Gandhi presented his views on what he called Prime Minister Narendra Modi's "style" as well as suggesting a decentralized approach that India should adopt in the fight against coronavirus. He further stressed that not only him, but the entire Congress Party has shown constructive support to the government and that this wasn’t the time for a political blame-game.

"I may disagree on a lot of issues with Narendra Modi ji, but today is not a time to get into all this. Today is a time to unite and fight the common enemy," Shri Rahul Gandhi said in a video press conference referring to the global pandemic.

"The day India defeats COVID-19, I will share my views, but today, all I want to do is contribute positively. I will not indulge in personal and political battles. This is a time for us all to come together and fight the common enemy - the virus," he further added.

"Today I want to give constructive advice. I don't want to get into any tu-tu-main-main."

In an hour-long interaction with the media, the Congress leader responded to questions. Shri Gandhi said that COVID-19 cannot be controlled, instead it must be dynamically managed. For that very reason, he further suggested to the government that they should give more power to the states so that they can effectively tackle the crisis in their way.

"I would like to see more power to be decentralised to states. The Prime Minister should have a more detailed conversation with states. But Modi ji has a different style of working and we can work around that style," the Congress leader said.

"The centre needs to control the main arteries but states need to control their area. If some states want more nuanced lockdown, they should have the choice."

He made his point clear that he did not want to dwell on criticism or post-mortem of decisions like the nationwide lockdown. "I don't want to go into the question of why we are in this position but testing is critical to ensure that non-hotspot areas don't become hotspots," he said.

He stressed that a lockdown would help only to stop the virus for a short while, just like a pause button, but in no way could defeat it. "The only way to do this is to increase testing. We are chasing the virus. We need to go beyond and this is my advice to the government. We need to test aggressively and strategically," said the Congress leader.

"Premature declaration of victory is fatal," he added, not specifying what he was referring to.