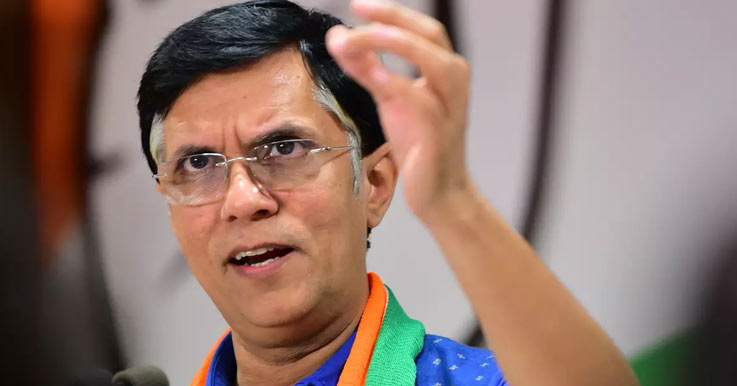 The Congress on 8th April said that Prime Minister Narendra Modi should not succumb to threats and decide on anything out of pressure at the time of a health crisis because it would set the wrong precedent in international diplomacy.

The Congress’ suggestion comes after US President Donald Trump on 6th April announced that his country may "retaliate" if India did not export them the hydroxychloroquine drug, which Trump has touted to be a miracle drug in the fight against COVID-19.

A day after his threat, the Indian government decided to partially lift the ban on export of the anti-malarial drug thought to stabilise the effect of coronavirus, give permission to send the medicines to the US and other countries hit by the coronavirus pandemic. On the issue, the government said that India would export hydroxychloroquine and paracetamol on a case-by-case basis to countries across the world which have already placed orders for them.

On this, Congress spokesperson Pawan Khera, addressing a press conference through video conferencing, said, "Foreign policy is apolitical and we are with the government on this. But, it should not take any decision out of fear or threats as it sends a wrong signal to the outside world.”

He further said the Prime Minister shouldn’t take any step that is against the country and its 130 crore citizens citing the reason that they are his first responsibility while all else comes after that. Stressing that it would give a wrong precedent in international diplomacy, he said, "Whether we should have buckled under pressure is something that history is watching". He further said that India is not used to the language of threats. "What is the kind of precedent we are trying to set when we buckle up under threats in this hour of crisis," he asked.

Mr. Khera said the nation has a "tradition" of not succumbing to threats, giving the example of Indira Gandhi who had "shown some countries their place" when they threatened India during the Bangladesh liberation struggle.