Farmers protest while an apathetic government looks on Farmers protest while an apathetic government looks on

A ten-day nationwide protest by farmers began yesterday against the anti-farmer policies and attitude of the current government. Communications in-charge of AICC, Mr. Randeep Singh Surjewala issued a statement in which he pointed out the apathetic attitude of the Modi government. 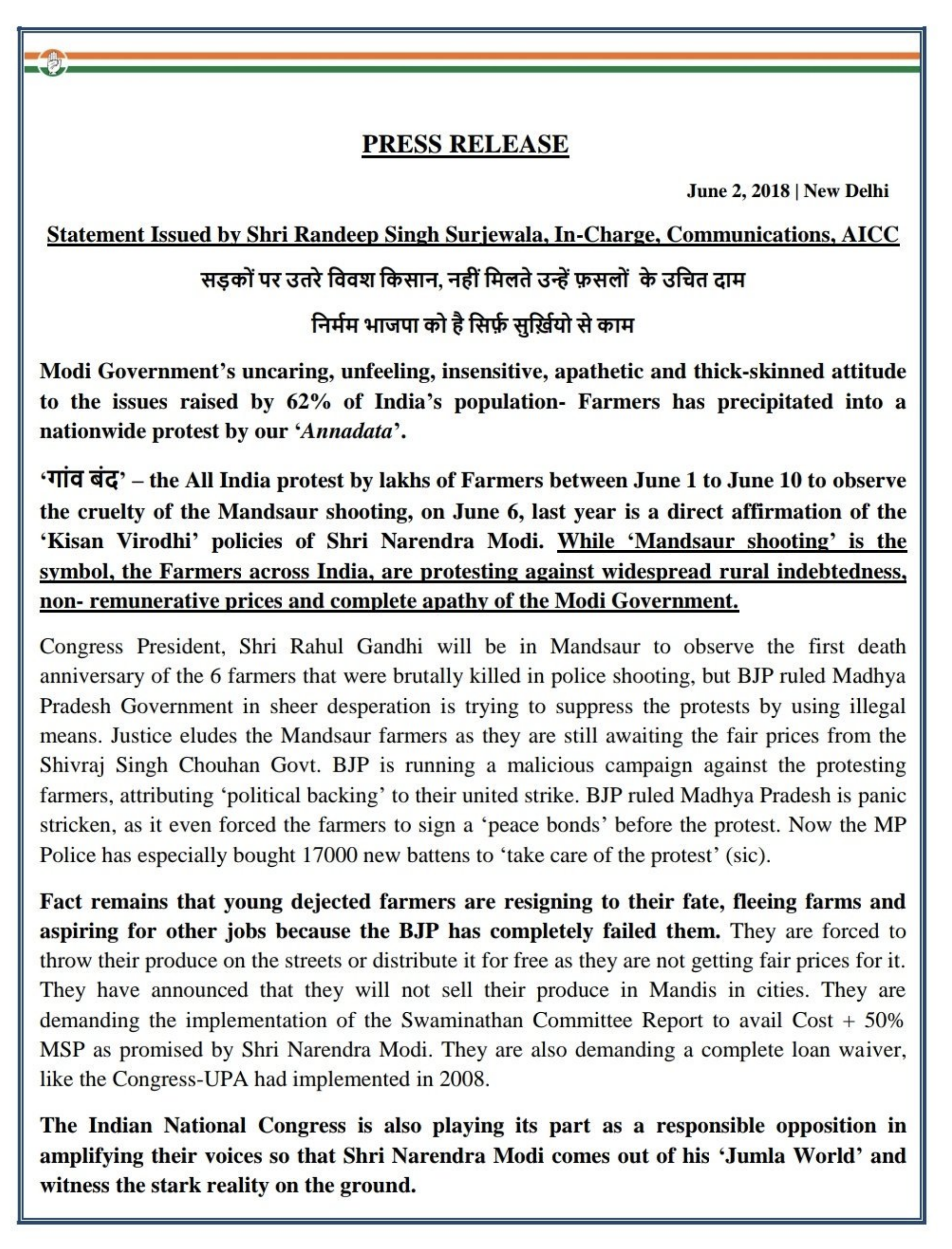 The farmer’s protest is being held from June 1st onwards demanding a complete loan waiver. The farmers are also protesting the Mandsaur shootings that took place on the 6th of June last year. Congress President Rahul Gandhi will be in Mandsaur to observe the death anniversary of the farmers who lost their lives in the brutal police shooting. Yet, instead of being more compassionate, the MP police has bought 17,000 new batons to handle the protestors.