PM Modi is not concerned about farmers: Rahul Gandhi 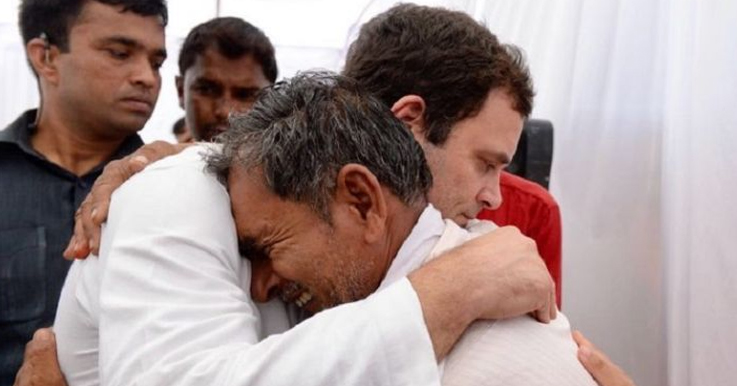 PM Modi is not concerned about farmers: Rahul Gandhi

It has been a year since the police violence in Mandsaur led to the death of six farmers in Madhya Pradesh. They were unarmed and protesting the rising prices of cultivation coupled with having to sell their produce below cost. Farmers across the state stood together to protest the inaction of the government. The protest became violent and police fired killing six. Families of the victims have still not received justice, as no FIR has been filed.

Addressing a rally on the first anniversary of the violence in Mandsaur, Congress President Rahul Gandhi met the families of those that lost their lives. He talked about the government apathy to the issues of the farmers. This rally kicks off the campaign for the elections in Madhya Pradesh that will be held in November this year.

Addressing the rally, Mr. Gandhi talked about the farmer protests that are taking place across the country to demand their rights. “The truth is PM Modi and BJP are not concerned about farmers. Helping their rich businessmen friends is their only priority,” he said. When the Congress President asked Mr. Modi to waive farmer’s loans, he remained silent but at the same time, waived 1.5 lakh crores for 15 of his rich businessmen friends.