PM Modi Should Be Bold In Declaring Economic Package Of 5-6% Of GDP: Congress 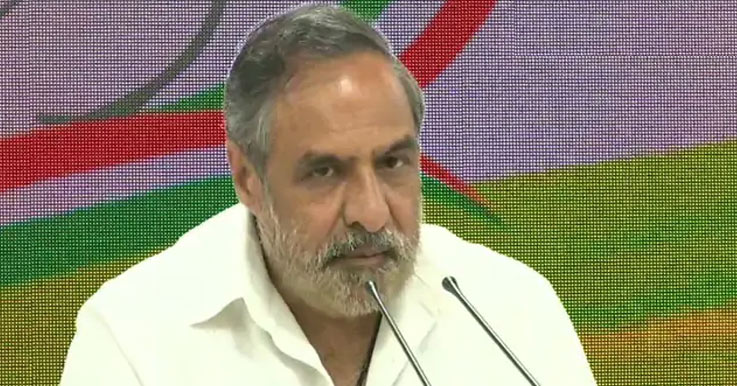 PM Modi Should Be Bold In Declaring Economic Package Of 5-6% Of GDP: Congress

Covid-19, the deadly pandemic the world is currently fighting against, has a massive social and economic impact across the world. To tackle the virus, the majority of countries have announced a number of emergency fiscal and monetary measures. India’s allocation is at 0.8% of its GDP, which is shockingly low especially keeping in mind how the pandemic can affect a populated country like India. Most other countries have spent much more like the UK, France and Germany economic packages that were 15% of their GDP, and the USA whose package is at 10%.

The Opposition party demanded that the Central Government clears all pending dues as well as special economic packages to the various states to enable them to take measures to control the spread of the novel coronavirus.

At a press conference via video, Congress party spokesperson Anand Sharma stated that the ruling government should allow industry contributions under the corporate social responsibility to the chief minister relief funds across states the same way that was granted to the PM Cares Fund. He further added that if the government doesn’t do do, it would prove discrimination and unfairness towards states.

"These are extraordinary times and it requires extraordinary actions. That is why the prime minister should be bold and declare an economic package to help revive various sectors of the economy post lockdown," Mr Sharma said.

"We expect that the economic package should be at least five-six per cent of India''s GDP," he further exclaimed.