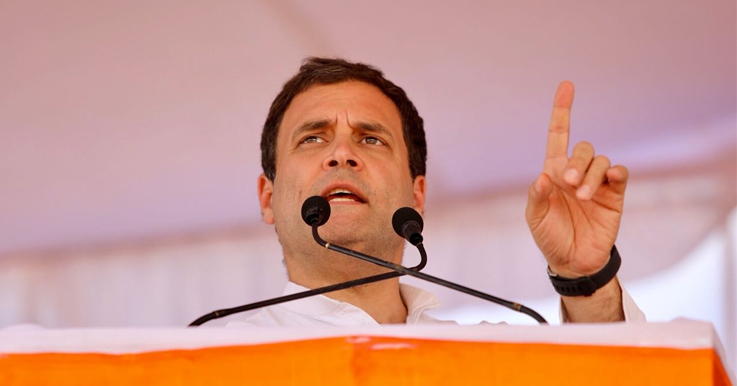 In response to the Prime Minister's accusations of the Congress party being "anti-Dalit", party President Rahul Gandhi challenged the baseless claim and exposed the ruling party's anti-Dalit practices.

Since Mr. Modi came to power, atrocities against the Dalit community have increased. Every 12 minutes, a Dalit is attacked in the country. Every day, 6 Dalit women are raped. His own party leaders continue the practices of untouchability. BS Yeddyurappa recently went to the house of a Dalit man for a meal, but ironically, food was ordered from elsewhere, thereby defeating the purpose of such interactions. Another BJP minister from UP Suresh Rana did the same. Further, prior to a visit from UP CM Yogi Adityanath, the Musahar community in Rampur was given soap and perfume to "cleanse" themselves.

While Mr. Modi accused the Congress of not accepting Dr. Babasaheb Ambedkar, it was Union Minister in the Modi government, Anant Kumar Hegde, who said the BJP would change the Constitution of India, authored by Dr. Ambedkar. It was only in BJP-led Madhya Pradesh that candidates had SC/ST and OBC labels marked on their chest during an exam for the recruitment of constables. Moreover, RSS Chief Mohan Bhagwat asked for a review of the reservation policy while RSS Joint General Secretary Manmohan Vaidya called for abolishing reservations. By diluting the existing SC/ST Atrocities Act, the community’s struggle for dignity is being undermined and Mr. Modi has done nothing to prevent this.

Mr. Gandhi, who was on the campaign trail on Monday in Karnataka, also led a march against the petroleum price rise in Kolar. He accused the Modi government of using fuel prices to influence the Karnataka election. It is worth noting that fuel prices have been constant in the run-up to the all-important state elections, the Congress President said. An increase in fuel prices is expected on the 13th of May, he said.

Mr. Gandhi addressed a corner meeting at Bangalore rural. The Congress President is scheduled to interact with eminent citizens on May 8, followed by a reception and speech at Chikkaballapur. He is also expected to address two corner meetings.