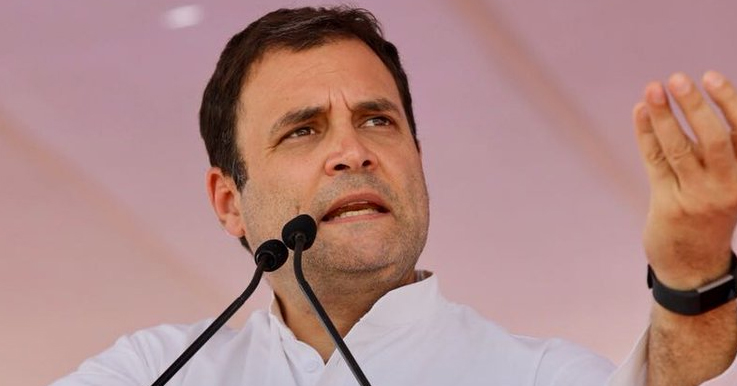 Congress President Rahul Gandhi questioned Prime Minister Narendra Modi on his choice of candidates for the upcoming election in Karnataka.  Listing the number of people with cases of corruption against them, Mr. Gandhi said it looked like an episode of ‘Karnataka’s Most Wanted’. In the lead role is the BJP's Chief Ministerial candidate, BS Yeddyurappa, with 23 cases against him ranging from corruption, cheating, and forgery. BJP in Karnataka has given eight tickets to the Reddy brothers, known for their involvement in the illegal mining, extraction, and export of Rs. 35,000 crore of iron ore.

Mr. Gandhi shared a video in his tweet that showed ten other BJP candidates from Karnataka that have criminal cases against them. Among them is Ms. Shobha Karandlaje, currently a BJP MP with a case pending against her for Prevention of Money Laundering under Section 45 and Shri TH Suresh Babu and a close associate of Janardhana Reddy has six criminal cases.

Mr. Modi, during his election campaign in 2014, promised to make India corruption free. Instead of passing the Jan Lokpal Bill, in Karnataka, he is giving a leg up to people that are known for their corruption. The Congress President also berated PM Modi for a ‘poorly crafted’ manifesto giving it a rating of 1 out of 5 stars.

In the last five years, the Congress government in Karnataka has implemented many schemes to benefit farmers and entrepreneurs, Bengaluru was rated the world’s most dynamic city by JLL’s fourth City Momentum Index. In the Congress' Karnataka manifesto, commitments have been made to promote Kannada culture, rural development and the welfare of minorities. The manifesto also plans to increase the level of women employment in the government to 50%.