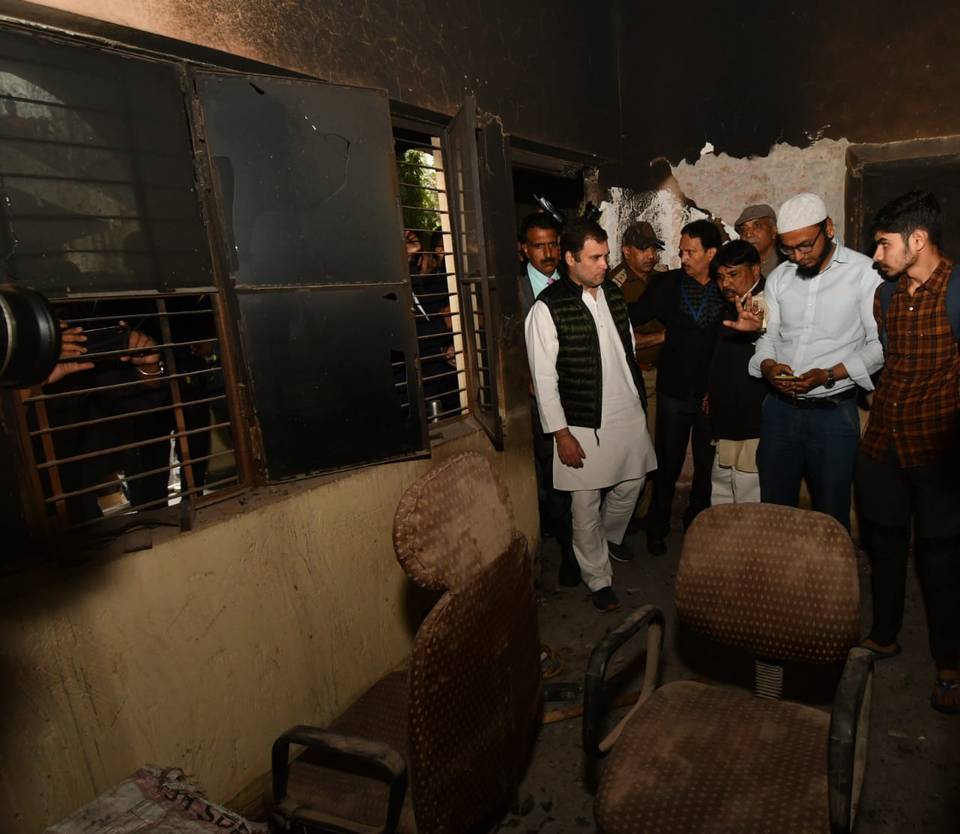 Two seperate delegations, one led by Congress Member of Parliament, Shri Rahul Gandhi, visited areas of North-East Delhi that were hit by the communal riots and violence that shook the capital for 3 days. Rahul Gandhi, along with other senior Congress leaders including Adhir Ranjan Chowdhury, KC Venugopal, K. Suresh, Mukul Wasnik, Kumari Selja, Gaurav Gogoi and Randeep Surjewala, visited the areas as well as the victims of the violence that claimed 46 lives.

Shri Rahul Gandhi’s team also visited Arun Modern Public Senior Secondary School, which is over 32 years old, in Brij Puri which was heavily damaged where the Congress delegation walked around the destroyed classrooms and surveyed the burnt busses. After the visit, Rahul Gandhi addressed the media, saying “"This school was the future of India. And here, violence and hate have destroyed it; nobody gained from it. Violence harms India and Bharat Mata. Attempts are being made to divide India."

He further added: "I came here to meet the people; we have to work together in harmony. When violence takes place in the national capital, it affects the country's image. Social harmony and brotherhood were 'burnt down' in these riots."