There is fear in PM Modi’s voice: Rahul Gandhi 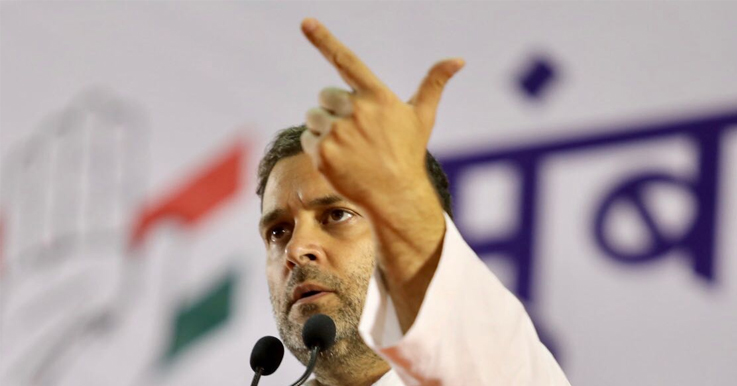 There is fear in PM Modi’s voice: Rahul Gandhi

Congress President Rahul Gandhi addressed booth workers in Mumbai. In his speech, he talked about Prime Minister Narendra Modi’s promise to generate 2 crore jobs every year yet in a year, while in reality, the BJP only created a few thousand. China creates 50,000 jobs every 24 hours while the BJP government manages only 450. Make in India has been shown to be a sham and the people who actually make in India do not receive support from the BJP government. Yet Mr. Modi’s 15-20 rich industrial friends get a preferential treatment.

The real nature of the country is in the hearts of the farmers and the youth which is why it is so important that they are protected, Mr. Gandhi said adding that the Modi government ignores the farmers. NPAs have increased and in the meanwhile, Nirav Modi and Lalit Modi were allowed to get away without retribution for their actions, or at least an investigation.

The Modi government has divided the country, the Congress President said. Modi has spread hate and betrayed the farmers, youth and the marginalised. He has made false promises so that he can benefit in the short term but it will be bad for the country in the long run.

He said that if one listened to the Prime Minister’s speeches these days, one can hear the fear in his voice. Mr. Gandhi’s message to the party workers and the leaders was to spread love and peace wherever the BJP and RSS spread hate.