Democracy
Home > Organisation > About > Our Values 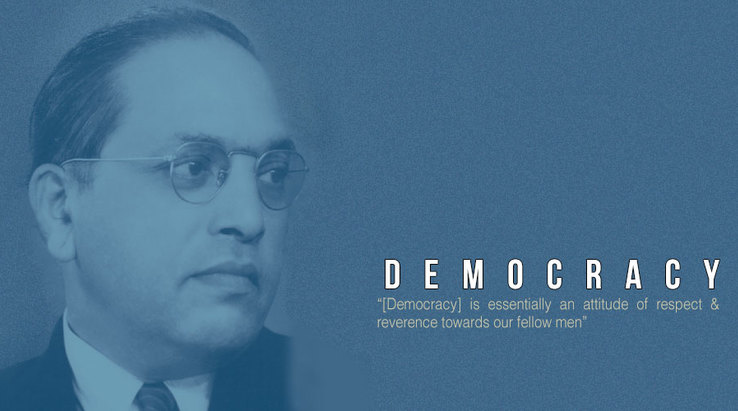 "In the democracy which I have envisaged, a democracy established by non-violence, there will be equal freedom for all. Everybody will be his own master. It is to join a struggle for such democracy that I invite you today."--- Mahatma Gandhi during his Quit India speech, August 8, 1942

"Democracy is good. I say this because other systems are worse. So we are forced to accept democracy. It has good points and also bad. But merely saying that democracy will solve all problems is utterly wrong. Problems are solved by intelligence and hard work." --- Pandit Jawaharlal Nehru

“Democracy is not merely a form of Government. It is primarily a mode of associated living, of conjoint communicated experience.

[Democracy] is essentially an attitude of respect and reverence towards our fellow men” --- Babasaheb Dr BR Ambedkar "Democracy is a faith in the spiritual possibilities of not a privileged few but of every human being." --- Dr Sarvepalli Radhakrishnan

"Today countries where democracy was born are all much wealthier than India, and skeptics might say that it is too soon for India to talk about social democracy. That misses the point. In country after country, where social democracy took root, it was once for them a dream for their tomorrow. It was built, brick by brick, over many generations, energized by economic growth. In turn, it stimulated and sustained economic growth – by opening up opportunities for human development, by building social cohesion and solidarity, and by providing the framework of an intellectual and political consensus. In those countries, social democracy not only proved to be good politics, it also turned out to be good economics. It brought the state, business and labour onto a common platform in pursuit of a shared vision – the vision of a more equal, more caring society." --- Smt Sonia Gandhi during her address at the 10th Indira Gandhi Conference, 2010