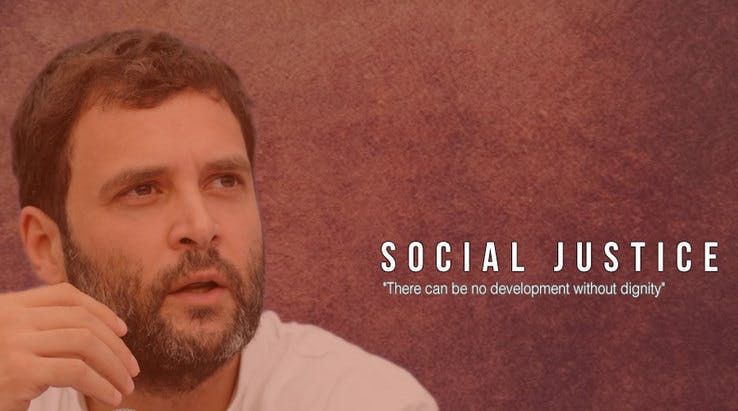 To say that a single human being, because of his birth, becomes an untouchable, unapproachable, or invisible, is to deny God.” --- Mahatma Gandhi

“So long as you do not achieve social liberty, whatever freedom is provided by the law is of no avail to you.”--- Babasaheb Dr B.R Ambedkar

“To be liberated, woman must feel free to be herself, not in rivalry to man but in the context of her own capacity and her personality.”--- Smt Indira Gandhi, ‘True Liberation of Women’, at the inauguration of the All-India Women's Conference Building Complex in New Delhi, India (March 26, 1980) "We want everyone to march ahead together towards a new India. No one should be left behind or sidelined on account of caste, creed, religion or region and we are carrying forward the vision of Jawaharlal Nehru, Indira Gandhi and Rajiv Gandhi of making India a modern nation based on social justice."--- Smt Sonia Gandhi, Thiruvananthapuram, 30 September 2013

"Is there anything more important than development? Yes there is: Izzat (dignity). There can be no development without dignity...What does government mean?

It means ensuring the dignity of every citizen: everyone, women, young, old, Dalits, Adivasis."--- Shri Rahul Gandhi during his speech in Gwalior, October 17, 2013